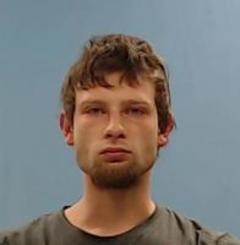 The Fourth Judicial District Court has subject matter jurisdiction in the Harrison, Jasper, and Marshall Departments over misdemeanor criminal cases, ordinance violations, traffic violations, civil cases where the amount in controversy cannot exceed $25,000, and small claims cases in which the amount in controversy cannot exceed $5,000. Civil and small claims jurisdiction is limited – in addition to the above monetary amounts – to matters of contract, recovery of personal property, and damage to personal property. The Alpena Department deals only with misdemeanor criminal cases, ordinance violations, and traffic violations.

The small claims division in the Harrison, Jasper, and Marshall Departments allows every citizen to file his or her case and litigate the matter without an attorney; Arkansas Supreme Court Administrative Order #18 provides that no attorney at law or person other than the plaintiff and defendant shall take part in litigating a small claims case.

The District Court affects the lives of more people than any other court; the Fourth Judicial District Court is committed to providing all citizens a fair, open, and impartial forum for the advancement of justice.